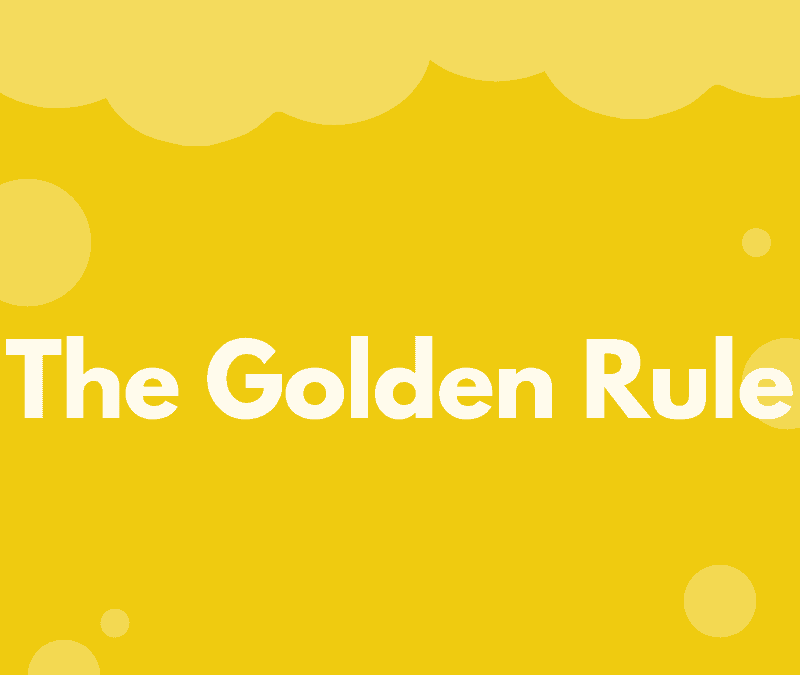 Who among us remembers our parents saying this to us when we were growing up:

Do unto others as you would have others do unto you

If it was not the exact saying, you probably heard a variation and it was probably said in a “family meeting” after you and your siblings were beating each other up… Didn’t all siblings beat on each other with (and sometimes without) boxing gloves? :o) Wait, wasn’t it the parents who bought the boxing gloves? :o)

I digress. :o) All joking aside, the Golden Rule is “golden” for a reason. Treat people like you want to be treated; it’s a lesson parents engrain in their children at a young age.

I learned something interesting the other day.  JC Penney (or Penney’s or JCP, depending on your preferred moniker) didn’t originally open his store using his name. James Cash Penney first opened his store in 1902 under the name “The Golden Rule”.

According to the JCPnewsroom, “The first store, named The Golden Rule, set the standard by which we have operated for over a century – to treat others as we would like to be treated.” It goes on to say “while fashion and shopping patterns have evolved, our focus on putting customers at the heart of what we do remains unchanged.”

I realize JC Penney is not the powerhouse it was in its heyday, but no one can deny the influence Mr. Penney’s stores had over many generations. To name your original store after “The Golden Rule” speaks volumes about their brand and its message.

I constantly assess myself and my behaviors and I realize I have very high expectations when it comes to follow-up, customer service, honesty and transparency. That is how I roll, and I expect the same of those I associate with, in my personal life, my work life and my consumer life.

For example, if you tell me a day and time you are going to call me back, I expect a response, even if it is to say “I don’t have an answer yet”. Don’t overpromise and under-deliver, as it can damage a reputation. However, I also realize no one is perfect and mistakes do happen. I will be the first to admit when I make a mistake; a sincere apology goes a long way in any relationship.

While it didn’t occur to me 27 years ago to name our company “Golden Rule Staffing”, I believe Team Cadre embodies The Golden Rule; we will treat you like we want to be treated!